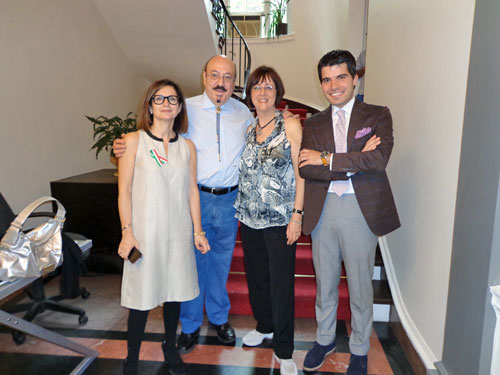 Festa della Repubblica, National Day of Italy, June 2, 2012 was celebrated at New York’s Italian Consulate, The Italian Cultural Institute, as well as the Italian Trade Commission (ICE) with a series of cultural and artistic initatives.

A morning concert “300 Years of Italian Music for Cello” was performed by renowned cellist Attila Kiyoko Cernitori, daughter of an Italian father and Japanese mother, who grew up and was educated in Italy, another example of the multiculturalism that exists in Italy today. 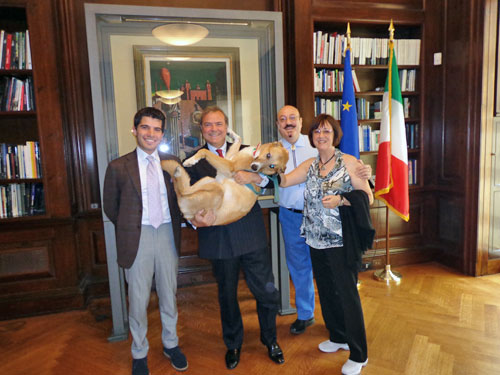 The concert was followed by a presentation and exhibition of contemporary works designed by Lella and Massimo Vignetti, including Venini glassware, Japanese crystal ware, and Junod wrist watches which was held at the Consulate.

A screening of Michelangelo Antonioni’s “Le Amiche” and a performance of “Anfitrione di Plauto” by students at La Scuola D’Italia Guglielmo Marconi were also part of the cultural highlights of the day.

A very interesting presentation of the origin and history of Barolo and Chianti Ricasoli wines was held at ICE which was followed by a wine tasting.

The events of the day ended with a jazz concert “From Italy to America: An Embrace with Jazz” and with the illumination of the façade of the Italian Consulate in the traditional white, red and green colors of the Italian flag.