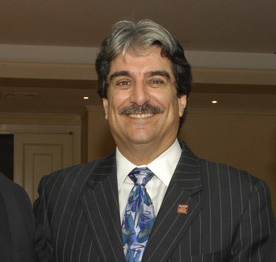 This year’s annual CSJ-B’nai B’rith Award Breakfast on June 10th, 2012 sponsored by the New York Grand Lodge Order Sons of Italy in America will celebrate 31 years of solidarity. The event reflects a demonstration of unity between the Italian American and Jewish communities. It is held annually to honor an Italian American and a Jewish American, both of whom have contributed in a positive manner to their respective communities. ILICA Board member Anthony J. Tamburri, author of over a dozen books and essays, many dealing with ethnicity and cultural diversity and Dean of the John D. Calandra Institue Queens College CUNY will be honored as both an educator and author.

Marcia Weiss Posner Ph.D. Librarian and Research Specialist who is the Head Librarian at the Posner Memorial Library at the Holocaust Memorial and Tolerance Center of Nassau County in Glen Cove, New York will share honors.

The Lehman-LaGuardia Award for Civic Achievement
will be presented to