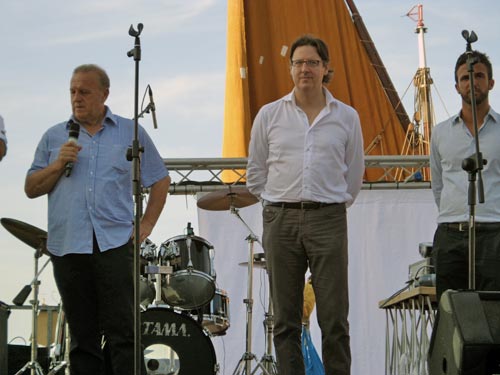 Cervia today is a seaside resort located on the Adriatic coast of Italy. However in antiquity it was one of the most important centers for harvesting salt, a commodity in great demand by the Republic of Venice. Since ancient times, salt has been considered a precious cargo since it was the only means to preserve food. By channeling the Mediterranean Sea water into a large system of salt pans and allowing the sun and wind to evaporate it naturally, the Cervese were able to create a very lucrative salt market. This precious crystalline mineral soon became known as “White Gold”. Since it is not refined as much as other kinds of salt, it still contains traces of other minerals, including iron, magnesium, calcium, potassium, manganese, zinc and iodine, which gives it a uniquely sweet taste. 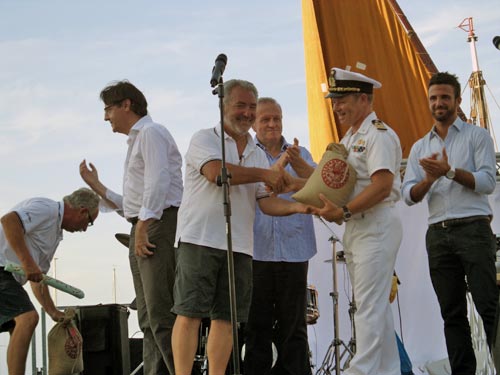 Cervia has always maintained direct commercial contact with Venice and the surrounding islands of the lagoon including Chioggia. In Venice today one can still visit the houses where the Cervese salt merchants once lived and the warehouses where their “White Gold” was once stored for sale to the Venetians during the Middle Ages. By the late 1600’s Cervia had huge storage silos of salt constructed which could contain up to 13,000 tons to supply it’s Venetian partner with this precious commodity.

Every year during the month of July, in remembrance of this antique tradition the “Rotta del Sale” (The Ancient Salt Route), a float of  bragozzi, pieleghi and bragagne, traditional fishing sailboats, set sail from the port of Cervia to deliever their first harvest of salt. Its first port of call this year, on July 21st, was Chioggia where the local authorities, including the mayor, Giuseppe Casson and ILICA’s Board Member, Luciano Boscolo Cucco, who is also the Consul of the association of the Mariegola della Romagne were on hand to receive their guests. Sacks of this precious “White Gold” were exchanged among dignitaries before a festive dinner of fried fish was served along the streets of this port city. The next day a similar consignment of “White Gold” took place in Venice, along the Grand Canal, with government authorities.

As ILICA Board Member, Luciano Boscolo Cucco reminds us, it is important for young people to experience firsthand the ancient traditions of seafaring and navigation to better understand the patience and knowledge which sailors must possess.